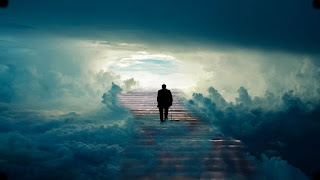 Revelation 6:9-11 When he opened the fifth seal, I saw under the altar the souls of those who had been slain for the word of God and for the witness they had borne. They cried out with a loud voice, “O Sovereign Lord, holy and true, how long before you will judge and avenge our blood on those who dwell on the earth?” Then they were each given a white robe and told to rest a little longer, until the number of their fellow servants and their brothers should be complete, who were to be killed as they themselves had been.  These verses hit me like a lightening bolt this morning. God’s sovereign plan includes waiting for judgment till the full number of martyrs have died! God’s plan includes the horrific death of His own. We know this was true at the cross. But all too often we think because He died we won’t have to. We expect God’s love to make our lives easier because we are His children. But Scripture often paints a different picture. Our lives here on earth are not meant to be easier. G
Post a Comment
Read more 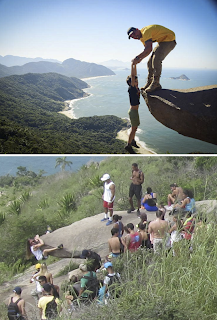 We should put no confidence in humanity! It is interesting how in both my Old Testament and New Testament readings for today there is a similar theme revealed. Isaiah 2: 22 Stop regarding man, whose breath of life is in his nostrils;  For why should he be esteemed? John 2:23–25  Now when He was in Jerusalem at the Passover, during the feast, many believed in His name, observing His signs which He was doing.  24 But Jesus, on His part, was not entrusting Himself to them, for He knew all men,  25 and because He did not need anyone to testify concerning man, for He Himself knew what was in man. Jesus knew all men.  He knew what was in man.  So He didn't trust (believe) in man. Isaiah states mankind should not trust in their fellow man because humanity is fallen. THE solution was the Word became flesh and dwelt amongst us (John 1:14).  We saw His glory ... Jesus did signs which revealed His glory (2:1-23).  Jesus was man, BUT He was also GOD!  God became a man to save man from them
Post a Comment
Read more

A Kingdom still not experienced!